In the previous TOTMs, we discussed various parameters that are available in the public domain [3] and presented in Table 1. Nord Stream 1 has 2 parallel gas pipelines, each pipeline capable of transporting gas from Russia to Germany at a rate of 75.34 million Std m3/day (2660.6 MMSCFD)

Table 2. Composition of the feed gas

Based on the above data, the physical and flow properties values were calculated and presented in Tables 3 and 4 in SI and FPS units, respectively.

In this study, two standard equations derived from the basic gas flow equation reflecting the average (mean) conditions have been used to estimate the NS1 pipeline capacity. These relationships are the BASIC and AGA (American Gas Association) equations containing a friction factor “f”. These equations are [4]: 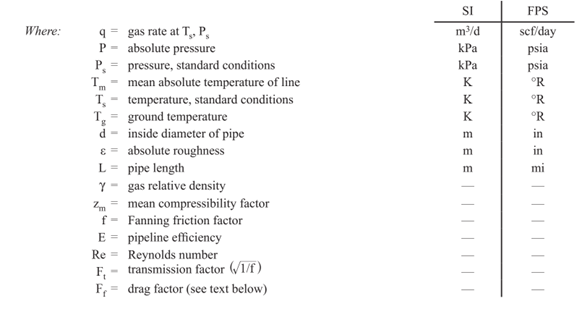 These equations are available in GCAP software [5] and the screenshot of GCAP results are presented in Figures A1 – A5 in Appendix A.

NS1 pipeline is varying in operating pressure, thus varying pipeline thickness. Using Barlow’s formula, a check on the wall thickness was made. Barlow’s formula relates the internal pressure that a given pipe can withstand as a function of its dimensions and strength of its material.

Using Barlow’s equation, the pipeline wall thickness for different segments were calculated and presented in Table 7. 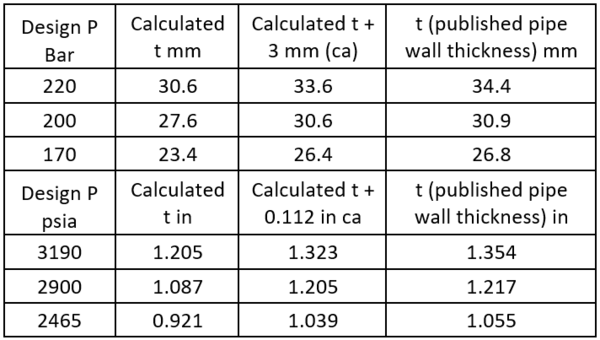 The NS1 gas pipeline can also be used to store gas when not used for gas transport. The methodology to determine how many standard cubic meters of gas can be held is given below.

Inventory (V) of gas pipeline can be calculated with:

Then using the real gas law:

This is the amount of gas that can be stored in the pipeline when it is not operating in the transportation phase.

The methodology used above demonstrates how standard long distance pipeline flow correlations/equations (BASIC and AGA equations) can be used in evaluating the design flow rates of an installed or of an operating pipeline. It was noted that the Basic equation with 90%-line efficiency matched the published design capacity very closely.

In addition, using the real gas law, it can be demonstrated that considerable amount of gas can be line-packed when the pipeline is in non-transportation mode.

To learn more about similar cases and how to minimize operational problems, we suggest attending our G4 (Gas Conditioning and Processing), P81 (CO2 Surface Facilities), and PF4 (Oil Production and Processing Facilities) courses. 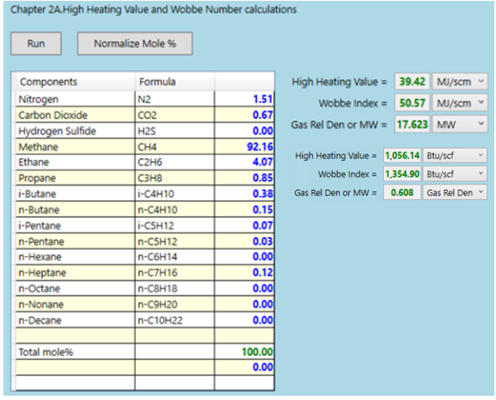